So now I have ‘a writing blog’

Yep, I’m one of those people now…desperate wannabe writers blogging for fruitless endeavors and little money.

Anyway, the blog is called Frank the Writer because I couldn’t think of a better name. How about that! I do love irony.

The plan is to write up to a few hundred words per day, ‘live’, so to speak, on the site, and every now and then gather up all the words into a chapter, then do another chapter, and on and on until I have a story.

I’ve never done anything like this so hopefully it becomes something like a completed work and then I can self-publish it as a Kindle book or something! Whoo!

So (cue very tired and lame attempt to get pity visits) if you’re bored and lonely and want a laugh, head on over to my writing blog and have a look.

Well my marathon plans have to be scrapped, I have an unavoidable work weekend the same weekend I was planning to run the Robin Hood Marathon in Nottingham (in England). The good thing is that I don’t have to worry so much about my knee/hip/cramp pain and can relax a little before starting to train again.

Also, inspired by folks earlier in the thread I looked around for other runs in the UK that I can travel to, and found the Eden Project Marathon from this page that collects all the UK marathons during the year. If you don’t know what the Eden Project is, basically it’s the science project (now tourist spot) that inspired the movie ‘BioDome’. The thing is, this is a ‘multiterrain’ race, which I’ve been wanting to do, but not this early. But I can look forward to it, as it coincides with an annual birthday/camping trip, and I was just in Cornwall last year at the same time!

OK, so in keeping with my 101 goals thing, I’ve actually finished some books in the past couple of months. I’m starting to think 101 books in 1001 days, averaging a book every week and a half or so, is a bit ambitious considering the other stuff I want to do as well in the same time.

I started the 1001 day thing having recently started The Count of Monte Cristo, and as I was reading it I was going slower and slower because it was taking a while and it was a VERY slow burn. I’ve seen the latest movie adaptation (with Jim Caviezel – who I’ve met!) a few times and I hate to admit that I was hoping the book would be as action-packed as the movie, but of course it isn’t and that really affected my enthusiasm for the book. I mean, it’s good and all, it shows a snapshot of 19th century Parisian foppery, but all the scheming and stuff was moving along slowly and I had to pick up another book or two to get me going again.

So to get me rolling again I read a book that had recently been gifted to me as part of the Reddit book exchange, The Girl with the Dragon Tatoo. I’d been wanting to read this one for a while, and while overall I could nitpick one or two minor plot points, it’s a very good murder mystery and I definitely recommend it to anyone curious. Although I feel for the author’s ex-partner (the author, Stieg Larsson, is dead and his ex-girlfriend of many years has been trying to fight Larsson’s family for control of the book and movie series), it’s hard to avoid reading this book. I look forward to reading the follow-up books.

After that, I read another book I’d received via Reddit, this time from last year’s Secret Santa exchange, and dived into Born to Run, which really kick-started the mainstream acceptance of minimalist and ‘barefoot’ running shoes, and got ultramarathons (foot races of 50 miles and more) in the public eye. It’s written by a runner and magazine journalist who travelled to Mexico in search of an elusive trail runner who’d integrated with a local tribe famous for their running feats (not feets, feats) and extreme long-distance races. It’s very interesting if you’re into running or stories of physical endurance, but it’s not a manual on how to get into barefoot running or ultramarathons like I thought it might be. Not that I was disappointed, it’s good overall without the details of how to get into that type of racing.

The third book I’ve started since is quite thick and another gift from the Reddit book exchange, and it’s another slow burner but very interesting so far. This latest book is Johnathan Strange & Mr Norrell, and it’s set in early 1800’s England and centered around the country’s last remaining practicing magician. I haven’t gone too far into yet, like I said it’s a thick book and I’m still in the exposition part of the story but it’s grabbed me so far. I’ve read that the second half is extremely good so I’m looking forward to it.

So I hurt my knee on Wednesday, limped around on Thursday and felt fine on Friday. I went for a very slow 2-mile jog (instead of the 3-miler called for in the schedule), did the scheduled rest on Saturday (knee feld fine but I could feel a twinge in my hip) and attempted a slow jog yesterday (6 miles was the scheduled run but I started with attempting 3).

This was a bad idea, methinks, because although I slowed down and walked every time I felt the knee pain, I started getting a cramp in my calf on the same leg. I’m guessing this might because I was altering my gait to compensate? It’s the same calf that gets cramped after a heavy mountain biking session, though, so I’m not sure what to think about the cramp. I did massage it and stretch it for quite a bit and I can feel it today but nowhere near as much.

I’m skipping the biking tonight and resting until at least Wednesday, which is the next scheduled run. I’m a bit annoyed now because my first week of actual training is pretty much totally shot, and possibly the second week too.

My lowest weight in 20 years

I’ve been being much more strict about carbs and sugar in the past couple of weeks, and even though I had a can of Coke today and a couple of small slices of a co-worker’s birthday cake yesterday I’m easily in ketosis (burning fat for body ‘fuel’ instead of carbs – you can tell because of a metallic taste in your mouth…I’m used to it by now!)

About a year ago I started a crazy diet plan I paid for online (didn’t buy the food, just the e-books) and while I lost weight on it I didn’t keep the weight loss going afterwards until I started doing Atkins. I lost quite a bit up to the holidays and have gone back and forth. I never kept track of things very well with the carb counting so I just try to have no carbs at all (Atkins recommends under 20g per day during the Induction or intro phase), which is easier for me 🙂

Anyway this is my weight chart for the past year.

My official marathon training starts next week (for the Robin Hood Marathon in September), and I’ve been running a few days a week for the past several weeks to build myself up. Yesterday I was even able to drag myself out of bed, lace up and run 3 miles, shower, cook breakfast…and go to work. Wow!

That was the second run of the week, and I was very tired this morning (very sore from running around all day so no sleep) so I’ll run 3 miles when I get home, then do a long run on Sunday.

Monday is the official start of my 18-week training, starting with a 1.5 hr mountain bike ride on Monday, then rest then 3 consecutive days of runs, then a rest then a 6-mile run on Sunday. From there the long run gets longer every week, and the weekday runs slowly ramp up in length as well until I’m doing 7 to 10 miles during the 3 weekday runs and up to 23 miles on the long run. Yikes!

25 Rules of the Trail: Commandments of Mountain Biking

Got these from mountain.bike198.com, I thought these were pretty good!

So after online chatting with an RC buddy from California, he convinced me I should try to learn a bit of Tagalog, which is the defacto language for the Philippines (at least the northern part).

He linked me this video on Youtube (which, as random as it can be, is chock-full of ‘how to’ videos like learning various languages):

So here goes some learnin’!

Introduction to Data Communications since Revision 2.0 has the following licensing agreement. You are allowed to use it, view it, modify it without permission of the author Eugene Blanchard, provided that you agree to the following:

This book is available online in the hope it will be useful, but WITHOUT ANY WARRANTY; without even the implied warranty of MERCHANTABILITY or FITNESS FOR A PARTICULAR PURPOSE. 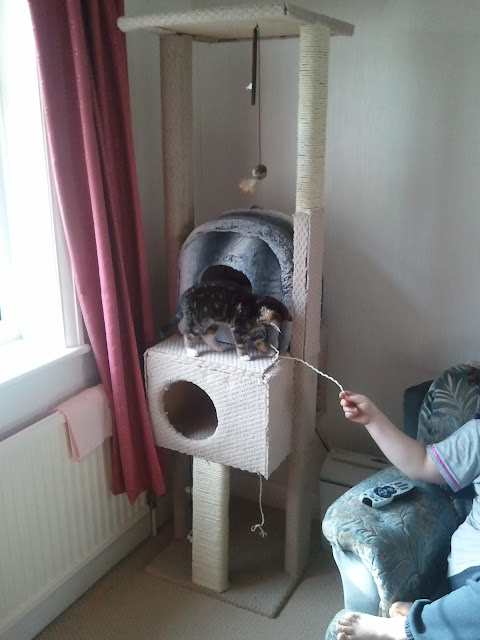 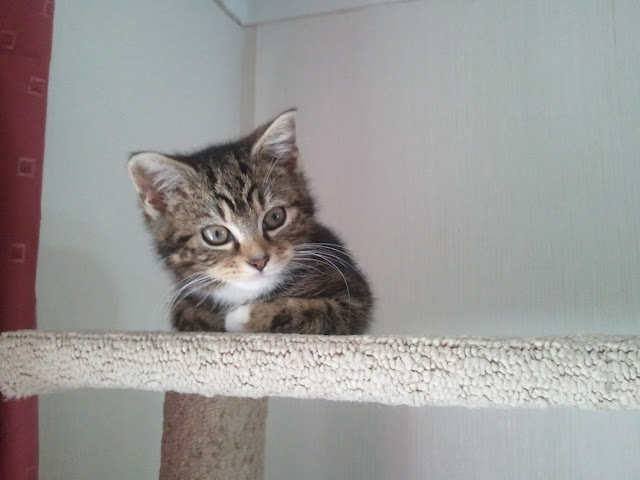 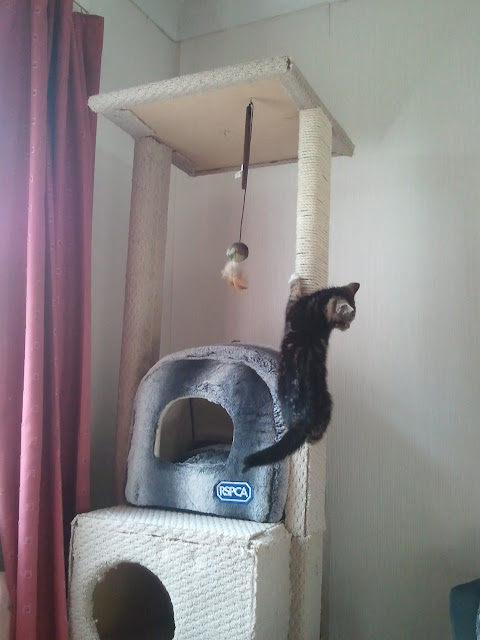 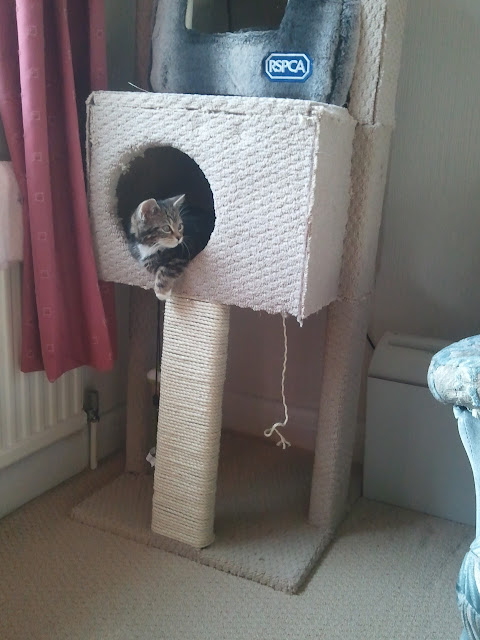